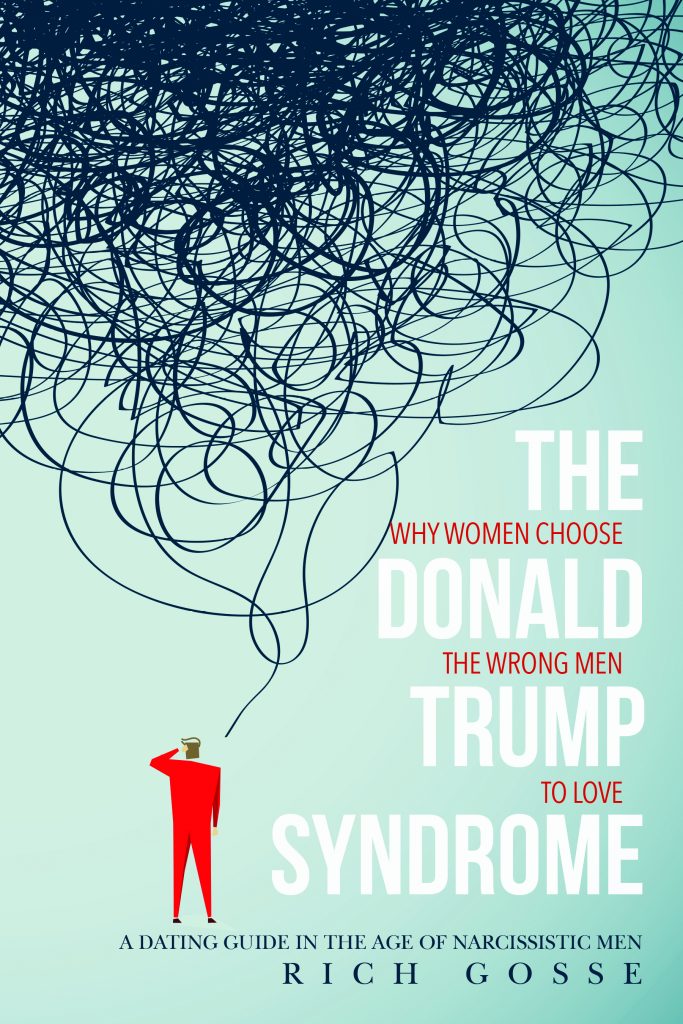 Why Women Choose the Wrong Men to Love
by Rich Gosse
$9.95

The Donald Trump Syndrome: Why Women Choose the Wrong Men to Love is the first book that identifies key Donald Trump qualities that most single women unknowingly endorse as those of the ideal husband. The book applies this to the dating world and reveals why so many women can’t meet a good man.Donald Trump lost the women’s vote by twelve percentage points in the 2016 Presidential Election. But when it comes to marriage, he is clearly the lady’s choice. Most single women would react with horror if they were told they desire a Trump-like husband, but that’s what millions secretly want.

The Donald Trump Syndrome divulges why marrying a Donald Trump clone would be disastrous. It also documents how single women in America overlook millions of good men because they are the opposites of President Trump. Best of all, the book provides a step-by-step blueprint for how to identify a good man, where to find him, how to meet him, and how to forge a lasting bond.

Author Rich Gosse is the chairman of The Society of Single Professionals, the world’s largest non-profit singles organization; and Executive Director of The International Association of Dating Websites. He is the author of 8 books on dating, including Singles Guide to America, You CAN Hurry Love, and A Good Man is EASY to Find (“This is a great book!” Oprah Winfrey) His controversial views on dating have been featured by hundreds of major TV/Radio/Print media, including Oprah, NBC’s Today Show, ABC’s Night Line, Fox’s Neil Cavuto Show, CNBC, MSNBC, BBC, The London Times, The Australian, The New Zealand Herald, Newsweek, Cosmopolitan, Playboy, Playgirl, etc. His personal website is www.richgosse.com.

ORDER YOUR COPY OF THE DONALD TRUMP SYNDROME!